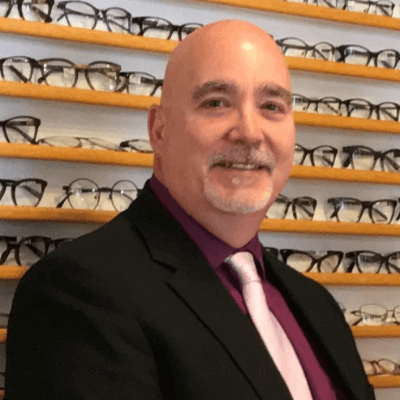 Dr. Michael Gowen attended undergrad at Virginia Tech and graduated from the Pennsylvania College of Optometry in 1987. He has been practicing in and serving Virginia for his entire career.

He met his wife SallyAnn in Blacksburg. They’ve been married 36 years, have 4 children and in August will have nine grandchildren, in addition to an 18-year-old cat named Mistery, who has a reputation for not being a good traveler.

Dr. Gowen says he and Sally are “avid Virginia Tech fans” and are big supporters of the arts and athletic programs. They love their community of Blacksburg, where they live and work.